What is digital forensics

by The Staff of HackerSecret.com / Wednesday, 09 September 2020 / Published in Guides, Hacking 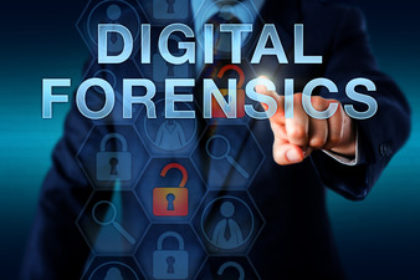 What is digital forensics? In this post we delve in to this topic.

Digital forensics (sometimes known as digital forensic science) is a branch of forensic science encompassing the recovery and investigation of material found in digital devices, often in relation to computer crime.The term digital forensics was originally used as a synonym for computer forensics but has expanded to cover investigation of all devices capable of storing digital data.With roots in the personal computing revolution of the late 1970s and early 1980s, the discipline evolved in a haphazard manner during the 1990s, and it was not until the early 21st century that national policies emerged.

Digital forensics investigations have a variety of applications. The most common is to support or refute a hypothesis before criminal or civil courts. Criminal cases involve the alleged breaking of laws that are defined by legislation and that are enforced by the police and prosecuted by the state, such as murder, theft and assault against the person. Civil cases on the other hand deal with protecting the rights and property of individuals (often associated with family disputes) but may also be concerned with contractual disputes between commercial entities where a form of digital forensics referred to as electronic discovery (ediscovery) may be involved.

Forensics may also feature in the private sector; such as during internal corporate investigations or intrusion investigation (a specialist probe into the nature and extent of an unauthorized network intrusion).

The technical aspect of an investigation is divided into several sub-branches, relating to the type of digital devices involved; computer forensics, network forensics, forensic data analysis and mobile device forensics. The typical forensic process encompasses the seizure, forensic imaging (acquisition) and analysis of digital media and the production of a report into collected evidence.

As well as identifying direct evidence of a crime, digital forensics can be used to attribute evidence to specific suspects, confirm alibis or statements, determine intent, identify sources (for example, in copyright cases), or authenticate documents.Investigations are much broader in scope than other areas of forensic analysis (where the usual aim is to provide answers to a series of simpler questions) often involving complex time-lines or hypotheses.

Digital forensic science is a branch of forensic science that focuses on the recovery and investigation of material found in digital devices related to cybercrime. The term digital forensics was first used as a synonym for computer forensics. Since then, it has expanded to cover the investigation of any devices that can store digital data. Although the first computer crime was reported in 1978, followed by the Florida computers act, it wasn’t until the 1990s that it became a recognized term. It was only in the early 21st century that national policies on digital forensics emerged.

Digital forensics is the process of identifying, preserving, analyzing, and documenting digital evidence. This is done in order to present evidence in a court of law when required.

A digital forensics investigator is someone who has a desire to follow the evidence and solve a crime virtually. Imagine a security breach happens at a company, resulting in stolen data. In this situation, a computer forensic analyst would come in and determine how attackers gained access to the network, where they traversed the network, and what they did on the network, whether they took information or planted malware. Under those circumstances, the role of a digital forensic investigator is to recover data like documents, photos, and emails from computer hard drives and other data storage devices, such as zip and flash drives, with deleted, damaged, or otherwise manipulated.