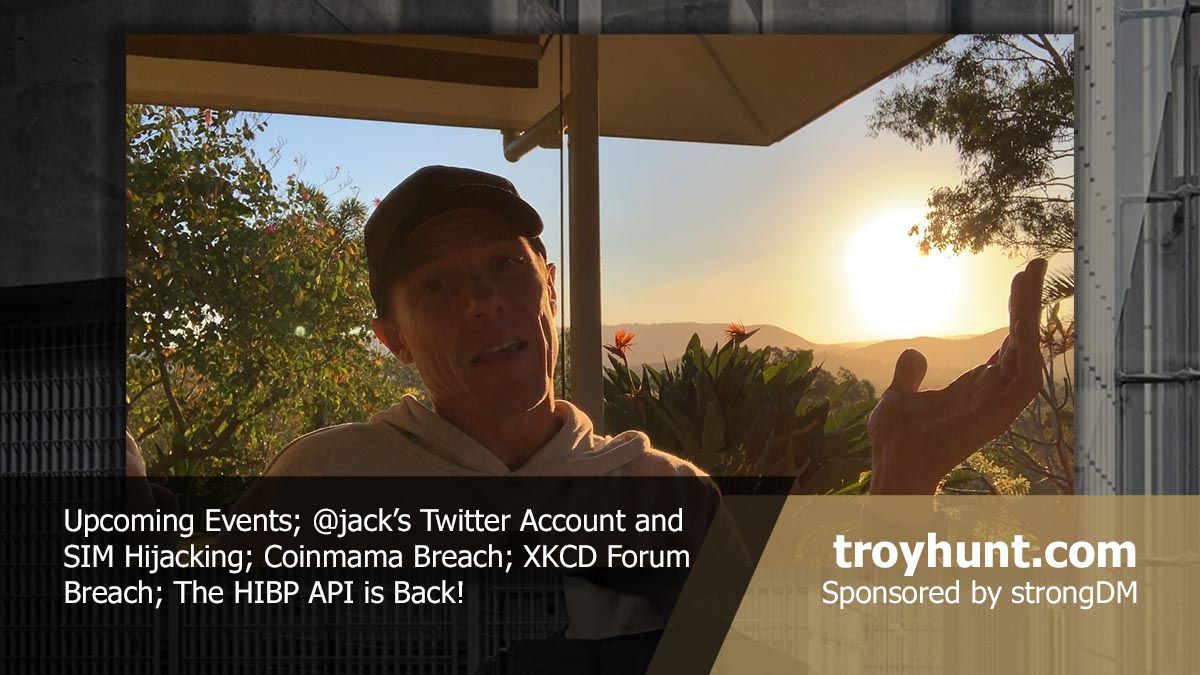 How’s that for a setting in this week’s video? ? First day of spring here which aligned with a father’s day on the water:

May all your father’s days be full of fun and laughter ? pic.twitter.com/pN1dQ38cDr

Back on business as usual, there’s the SIM hijacking issue with Jack Dorsey’s Twitter account, more data breaches and joyously, the HIBP API being back in full swing with the 500 subscription limit issue on Azure’s APIM now being overcome. Next week’s update will be from Oslo so a rather different scene, followed by some other cool places across Europe in the ensuing weeks.