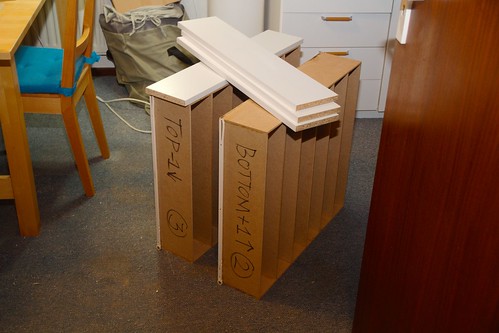 In home computing, a hacker is someone who modifies software or hardware of their own private computer system. It includes building, rebuilding, modifying, and creating software (software cracking, demoscene), electronic hardware (hardware hacking, overclocking, modding), either to make it better, faster, to give it added features or to make it do something it was not originally intended to do. Hacking in this sense originated around hobbyist circles discussing the MITS Altair at the homebrew computer club.

Hacker artists create art by hacking on technology as an artistic medium. This has extended the definition of the term and what it means to be a hacker. Such artists may work with graphics, computer hardware, sculpture, music and other audio, animation, video, software, simulations, mathematics, reactive sensory systems, text, poetry, literature, or any combination thereof.

Dartmouth College musician Larry Polansky states: "Technology and art are inextricably related. Many musicians, video artists, graphic artists, and even poets who work with technology—whether designing it or using it—consider themselves to be part of the ‘hacker community.’ Computer artists, like non-art hackers, often find themselves on society’s fringes, developing strange, innovative uses of existing technology. There is an empathetic relationship between those, for example, who design experimental music software and hackers who write communications freeware." [3]

Another description is offered by Jenny Marketou: "Hacker artists operate as culture hackers who manipulate existing techno-semiotic structures towards a different end, to get inside cultural systems on the net and make them do things they were never intended to do." [4]

A successful software and hardware hacker artist is Mark Lottor (mkl), who has created the 3-D light art projects entitled the Cubatron, and the Big Round Cubatron. This art is made using custom computer technology, with specially designed circuit boards and programming for microprocessor chips to manipulate the LED lights.

Don Hopkins is a software hacker artist well known for his artistic cellular automata. This art, created by a cellular automata computer program, generates objects which randomly bump into each other and in turn create more objects and designs, similar to a lava lamp, except that the parts change color and form through interaction. Says Hopkins, "Cellular automata are simple rules that are applied to a grid of cells, or the pixel values of an image. The same rule is applied to every cell, to determine its next state, based on the previous state of that cell and its neighboring cells. There are many interesting cellular automata rules, and they all look very different, with amazing animated dynamic effects. ‘Life’ is a widely known cellular automata rule, but many other lesser known rules are much more interesting."

Some hacker artists create art by writing computer code, and others, by developing hardware. Some create with existing software tools such as Adobe Photoshop or GIMP.

The creative process of hacker artists can be more abstract than artists using non-technological media. For example, mathematicians have produced visually stunning graphic presentations of fractals, which hackers have further enhanced, often producing detailed and intricate graphics and animations from simple mathematical formulas.