I recently began to consider the parallels between the Christchurch and the Norwegian mass shooters which was sparked by watching a special on Anders Breivik. In the documentary on Breivik, they delve into the manifesto and his history a bit and these two things seemed to track a bit with Brenton Tarrant’s actions. In fact, it seems that Tarrant was directly influenced by Anders and his actions as well as his manifesto. So much so, that Tarrant say’s in his manifesto that he idolized Anders and in fact reached out to the “knights Justiciar” online and had communication with Breivik; “Receiving a blessing for my mission after contacting his brother knights”  in his own manifesto placed online minutes before the attacks.

Digging in further, I located several copies of the full video that Tarrant was live streaming on Facebook on the darknet. I watched this and took notes on parallels between what Breivik’s and Tarrant’s actions methods and actions. It quickly became clear just how much Tarrant had taken from Breivik’s attacks and methodology. From this, I then sought out each of their writings online and their manifesto’s. I then began to map out just how much one had imitated the other and started to ponder if they are both suffering from the same mental maladies and to what extent. I began to see the parallels quite clearly and this is something the media really has not delved into. First, let’s look at the planning stages of their actions.

It seems that Tarrant lacked the concentration or perhaps the methodical nature that Breivik shows. By looking at the manifesto’s side by side, you can see that Tarrant pretty much just cribbed Breivik’s style and format as seen below. The imagery and the motive seem to be pretty parallel but once again, the diversion is on Tarrant’s side where he could not muster the longer and more convoluted writings as well as the complex ideas that Breivik is trying to get across in his writings. Of course the writings that Breivik put out also are cribbed as well from many sources and are mostly overly complex, the machinations of a disturbed mind. Actually, they remind me a lot of the writings of Ted Kaczinsky. 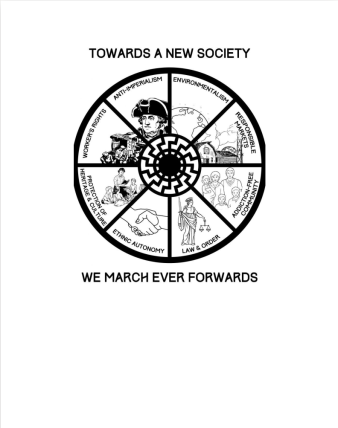 Formatting is not the only similarity that these two documents hold though. Tarrant actually copies Breivik’s style as well. In the much longer Breivik manifesto he drones on and on but finally toward the end has a Q&A with himself as a Justiciar Knight to describe what and why he is doing what he is doing. This is a direct attempt at self justification as well as a narcissistic pastiche about seeking others to emulate him as a warrior for the cause. In both cases they show the same pathology of attention seeking and self aggrandizement as rationalization for their actions and a call to others of like mind.

In addition to the manifesto’s and desires to be “great men” both actors had very specific needs to look and play the part of the warrior. What I mean here is that both nationalistically needed to be seen as well as heard. In this way, Breivik made the mold that Tarrant re-used and added to in his attacks. While Breivik did not live stream his attack, he did plan it and carry it out in a way that made him look and feel the part. Tarrant as well followed these visual and audio cues in his own way. 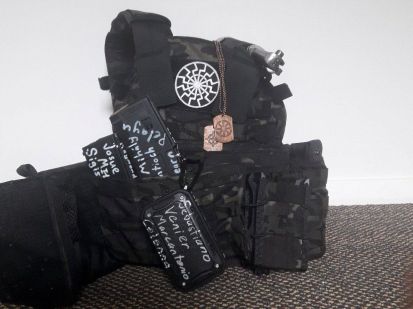 I would be interested to see if more of Tarrant’s writings and or images come out during his trial. This would add context to the comparison between the two actors actions and psyche’s. It seems that both planned for acquiring weapons and tactics much the same way, but, it is yet to be seen if Tarrant had any plans for bombs or had been working on or researching such things. My guess is that Tarrant lacked the patience for this and went for the quick hit instead. This is also visible in his shorter planning phase as well as his brevity in manifesto. It is also clear that Breivik’s hate was directed not only outwardly at Muslims or foreigners but also inward at his own country in his attacks and professions. Tarrant just went for the Muslims and the foreigner in a more spree killing modus.

Finally, I will cover the video that Tarrant live streamed. It is a hard thing to watch in total but it shows some cues that backstop this idea that Tarrant was really emulating Breivik down to some fine details. 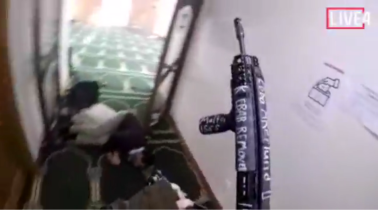 It is pretty clear that Tarrant took Breivik’s model and upgraded it with the technology today of Facebook and a helmet cam. This I believe will not be the last time we see this kind of activity as the technology becomes even more ubiquitous. The question is then, how much amplification we will see with such attacks being footage that can be watched and re-watched online to activate others of like mind and mental states. It’s pretty clear that the motive of creating such videos is to activate others as well as get that 15 minutes of internet fame that the narcissist needs to sate them momentarily.

As a parting thought, I would also like to say that both of these men seem to have the same mental illnesses but I am afraid there isn’t enough evidence in the case of Tarrant as yet. Breivik clearly is a paranoid schizophrenic and I believe that was the diagnosis of him at trial. Tarrant’s history and a review of his mental status as yet to my knowledge has not been carried out and released to the public. I would be interested to see more of Tarrant’s history and biography to see if there are parallels as well. As of this date I know that Tarrant’s father died when he was ten years old but there seems not to be a similar history of mental illness as presented by Breivik even at an early age. Nature versus nurture is still a coin toss as far as I am concerned so there is still much to learn about Tarrant before we can make any pronouncements of mental illness. I will keep watching as more comes out but I thought this was an interesting set of circumstances to write about.