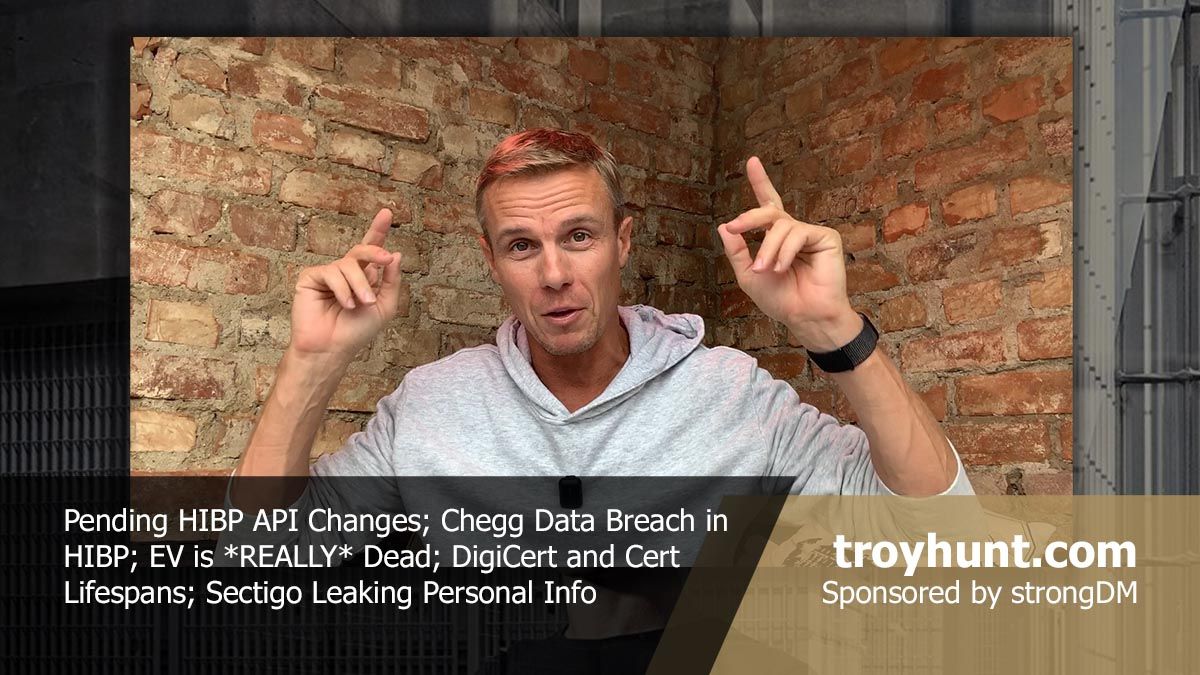 I made it out of Vegas! That was a rather intense 8 days and if I’m honest, returning to the relative tranquillity of Oslo has been lovely (not to mention the massive uptick in coffee quality). But just as the US to Europe jet lag passes, it’s time to head back to Aus for a bit and go through the whole cycle again. And just on that, I’ve found that diet makes a hell of a difference in coping with this sort of thing:

The number one most effective way I’ve found for coping with jet lag, stress, crazy work loads and general health is to focus on diet. It’s hard to control a lot of other environmental factors, but food is definitely one I can easily take charge on. pic.twitter.com/sUdXDbzbbw

This week it’s almost all about commercial CAs and their increasingly bizarre behaviour. It’s disappointing to see disinformation and privacy violations from any organisations, but when it’s from the ones literally controlling trust on the web it’s especially concerning. Maybe once they’re no longer able to promote EV in the way they have been that will change, but I have a feeling we’ve got a bunch more crap to endure yet. See what you think about all that in this week’s update: