Presently sponsored by: Twilio: Learn what regulations like PSD2 mean for your business, and how Twilio can help you achieve secure, compliant transactions 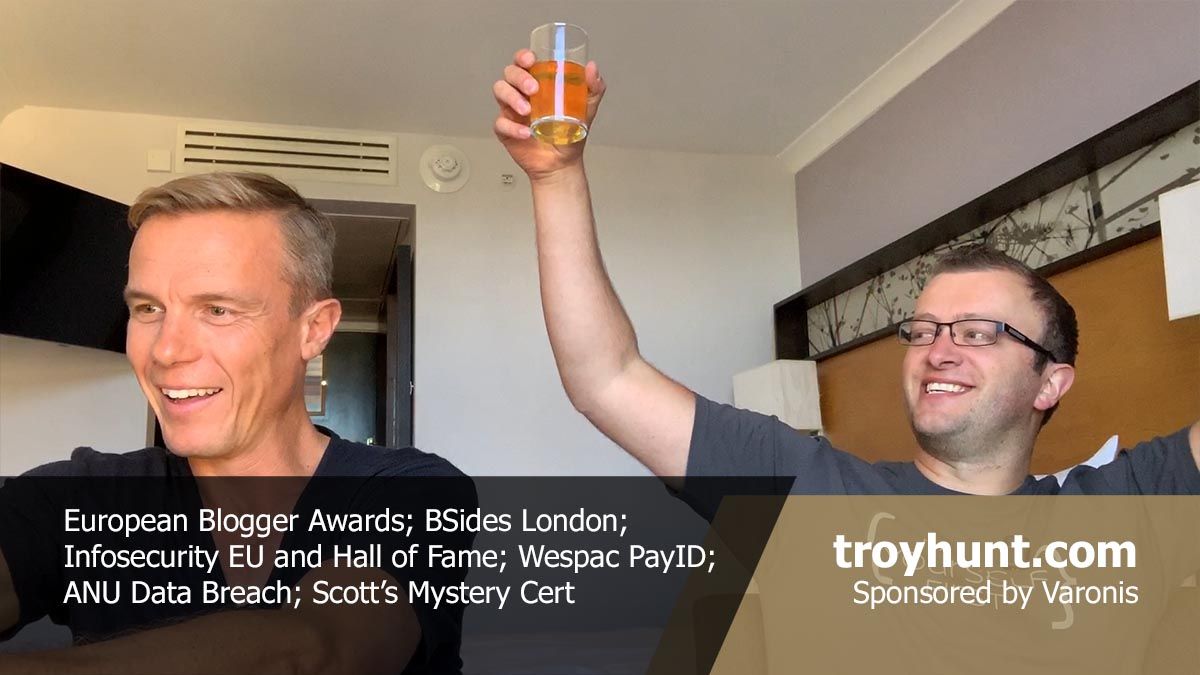 I made it to the Infosecurity hall of fame! Yesterday was an absolutely unreal experience that was enormously exciting:

It was an absolute honour to induct the fantastic @troyhunt into the @Infosecurity @InfosecurityMag Hall of Fame today at #Infosec19. Troy is a credit to our industry and also a really great guy. Congrats Troy, so well deserved ?? pic.twitter.com/grN4aALypV

But that wasn’t all, there was also the European Security Blogger awards a couple of days earlier:

And just a general absolutely jam-packed, non-stop week for both Scott and I. We talk about what we’ve been up to in London, Scott’s weird cert adventures and a couple of massive data breaches back home in Australia. I’m publishing this just before I head off to Oslo so I’ll come from there next week solo, then with Scott again the week after from the NDC conference. Until then, here’s this week’s update: