After Chad Wild Clay made CWC vs HACKER PZ9 in Pancake Art Challenge Battle Royale – Whatever You Draw I’ll Buy It in 24 Hours, Vy Qwaint created LAST TO SINK WINS ,000 CHALLENGE (DIY BOAT vs Hacker PZ9 Reveals Safe House to Project Zorgo)and Daniel uploaded BEST FRIENDS BROKE UP (Daniel & Regina HANDCUFFED in Real Life for 24 HOUR CHALLENGE by HACKER PZ9) on the Exposing Project Zorgo YouTube channel, hacker PZ9 broke into our safe house using clues to solve the code! He’s going to reveal the location to the PZ group if we don’t complete a doing whatever he says challenge for 24 hours. He trapped Daniel and Regina in handcuffs for an overnight challenge at 3am too! Also had a gameplay of a Whatever You Draw I’ll Buy It Pancake Art game with Chad and Vy! They’re tearing the spy ninjas and best friends apart! Now the Spy Ninjas follow PZ9 to his own house and discover his location. Now is our chance to go inside and find pictures of his face. Finally, we can do a face reveal and learn his true identity. Thank you for watching my PG entertainment comedy videos in 2019!

Lucas and Marcus – MINI LUCAS AND MARCUS STOLE MY GIRLFRIEND!

Most royalty free background music is from Epidemic Sounds. You can use their music in your videos by clicking here http://share.epidemicsound.com/mDVsZ 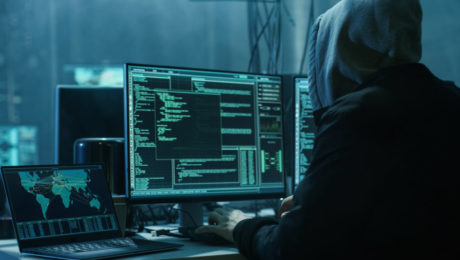 How does a hacker’s computer look like?
Here, I will show you how to make your computer looks like a hacker computer, the procedures are easy and simple.

Then follow the steps which are shown in the video.
Video Rating: / 5

“A Hacker’s Story” explores how an informal or “casual” group of mainly young people – who has a vision but no contract – assemble and act on it to hack global organisations. What triggers them to carry out a hack or share confidential intel? In other words, why do hackers work, and what role could or should they play in our world? What risks do they pose to our security – are they an asset or a threat? How can young people be better informed on the realities of hacking and the wider implications?

“A Hacker’s Story” focuses on the experiences and insights from three different people, each with a unique perspective on illegal hacking:

Jake Davis was once dubbed the “most-wanted cyber-criminals on the planet”. Previously a member of hacker collective Anonymous, he later formed LulzSec, where he and his collaborative targeted sites such as The Sun, X-Factor, Sony, and the CIA. Eventually arrested in a joint FBI-Scotland Yard investigation, Jake explains his motivations, and his view on the wider, real world of hacking. Today he’s a writer, speaker and global consultant on security, internet culture and privacy.

Professor Ruth Blakeley is co-director of The Rendition Project which provides the most comprehensive analysis to date of the CIA’s Rendition, Detention and Interrogation programme. As Professor of Politics and International Relations at Sheffield University, she explains the impact and role of whistleblowers and hacking on global security… and human rights.

Richard Jones is Manager of the Prevent operational team at the National Cyber Crime Unit (NCCU), in the UK’s National Crime Agency. He and his team focus on stopping people from becoming involved in cyber crime, or from re-offending. Stressing the rule of the law, Richard highlights the need for greater collaboration and communication between young hackers and the work of the NCCU.