zANTI is an Android Wireless Hacking Tool that functions as a mobile penetration testing toolkit that lets you assess the risk level of a network using your mobile device for free download.

This easy to use mobile toolkit enables IT Security Administrators to simulate an advanced attacker to identify the malicious techniques they use in the wild to compromise the corporate network.

This network auditor comes along with a rather simple interface compared to other solutions and running its tasks is pretty straightforward.

Upwards of 65,000 Android users were potentially compromised after installing a malicious app promising free giveaways. Over the year the scam was in effect, roughly 5,000 apps were spoofed to lure victims into downloading in exchange for a phony giveaway. In reality, the infection pushes silent background ads which generate ad revenue for the scammers and decrease device performance.

A new ransomware variant known as DarkSide claimed its first victim, Brookfield Residential,  after operating for nearly two weeks. The North American real estate developer recently noticed unauthorized access to several systems and was left a ransom note stating that over 200GB of data had been stolen. The data has since been published to DarkSide’s leak site, which has prompted many to speculate the ransom was not paid by Brookfield Residential.

Researchers have been at work creating an AI algorithm to detect malicious cryptocurrency miners while avoiding legitimate ones. The detection method compares currently running miners to graphs of both legitimate and illegitimate miners and monitors changes between the processes being used and the scheduling of mining activity. This type of detection may be put to use to decrease the overall use of malicious code that can often tax the system’s CPU usage to max capacity.

Just weeks after the FBI issued a warning about the threat of cyberattacks against school districts, the Rialto School District in California has fallen victim to just such an attack. These setbacks have made the return to online schooling particularly difficult. The extent of the attack remains unclear and officials are still working to determine the effects on the 25,000 enrolled students.

The authors of the lesser-known ransomware variant SunCrypt have recently joined forces with the Maze ransomware cartel. It’s believed the new cartel members were brought in to assist with the high volume of attacks that the Maze Group is handling and are being paid with a portion of its profits. In addition to new revenue streams from its partnership with the organization, cartel members also benefit from access to the Maze Group’s resources including obfuscation techniques and posting cartel member’s stolen data to their dedicated leak site.

Hundreds of millions of devices, especially Android smartphones and tablets, using Qualcomm chipsets, are vulnerable to a new set of potentially serious vulnerabilities. According to a report cybersecurity firm CheckPoint shared with The Hacker News, the flaws could allow attackers to steal sensitive data stored in a secure area that is otherwise supposed to be the most protected part of a 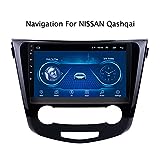 【Note】:
This device is only compatible with specific car models. Please confirm it before purchase. If you are not sure, please contact us.

Thanks for every Like and Favorite! They really help!

Dive into cyber space to develop and secure your own virtual 3D network and hack various targets around the world.
The darknet has never been so accessible! With this high-end cyber combat visual interface you can research programs, build your hacker reputation, loot or fight for your country in the First World Cyberwar.

* Hack networks of other players worldwide
* Develop and upgrade your hacking tools
* Build and refine your 3D network architecture
* Use various programs and hacking strategies
* Chose a brute force or a stealth approach for your intrusions
* Experience security, activist or terrorist missions
* Support your country in the war
Video Rating: / 5