Shooting For the Gold

Shooting For the Gold 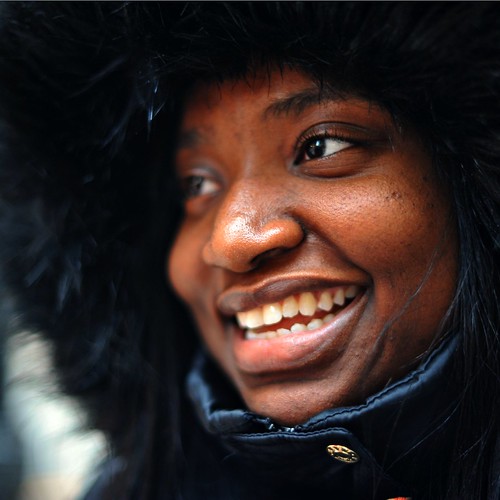 Image by Viewminder
She was making a film about the homeless.

Her camera was set up on the street on a tripod and I happened to be walking by so I got in there and shot her.

She had a couple of actors working with her.

She just needed to turn the camera around.

Across the street a man was living underneath some cardboard and some blankets that he’d set up to keep warm.

I walked over there to see if he was alright.

The conditions were heartwrenching and I didn’t have it in me to point my camera at the man.

I took a shot of his little shelter instead.

The stench was incredible.

I could smell the fecund smell of sickness.

I can tell you that I doubt he will survive the winter out there.

He was coughing a deep and troubled cough.

The kind the doctor shakes his head at when your grandmother has it.

After a wicked convulsion he spilled something from a cup.

I believe it was urine.

He is probably too sick to get up and go pee in the alley.

His very existence in these conditions threatens to become a public health issue.

It was really cold out.

I wanted to talk to the guy…

but I didn’t want to violate his little dwelling.

Sometimes I become paralyzed when I’m confronted with scenes like these.

What can I do?

Is a couple of dollars gonna do anything?

Is wishing that I had the answer gonna do anything?

People who live like this I’ve learned are generally affected by mental illness.

but I’ll also tell you that no sane person would live like this.

More and more I’ve come to understand that homelessness is a mental health issue.

I’ve seen what happens when they don’t take their medicine like they’re supposed to.

but I know that no one is immune from mental illness.

Though the answers elude me…

It’s apparent we’ve got to do something.

we’ve got to take action.

Will we just continue as a society to step over them as we live our lives?

Or will we have the courage to do something?

A compassionate society that cares about all human beings could only have one answer.

Isn’t the measure of any society how they help the most helpless among themselves?

Without help I am certain this person will die on the streets this winter.

A number of homeless human beings have already frozen to death in December in Chicago.

While the people who make public policy slept in their warm beds.

As a free society should we just look away and let that happen?

Should we say ‘he was free to make the choices that got him there… and he should be free to die in a puddle of his own sputum and vomit just the same?’

Or should we step in and with our efforts show that this is intolerable?

It would show a greater level of compassion to euthenize this person.

To fill a syringe with an unsurvivable amount of some narcotic and end their suffering in a warm and loving way.

I don’t ever want to see that happen.

I think we need to do something though.

Inaction is no longer acceptable.

If you get caught with a bunch of marijuana the state will feed and clothe and shelter you at a cost greater than sending a student to Harvard for a year.

If you get caught living like this man they’ll tell you to ‘move along.’

Maybe the best thing we could do is throw big bags of marijuana in their cups.

Maybe it’s a waste of time to search for answers that may not exist to questions that shouldn’t.

But what disgusts me most is thinking that we will do nothing.

That we will accept stepping over the living dead as something we do when we want to go somewhere.

We must have the courage to do something.