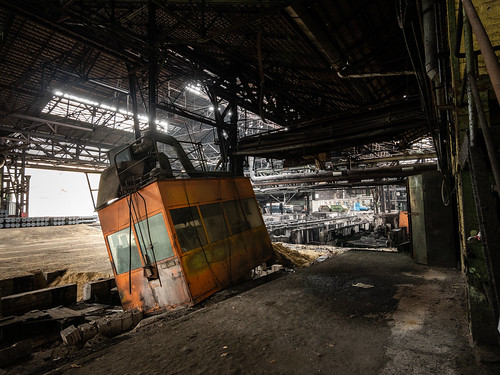 Image by Broken Window Theory
This colossus is one of Germany’s biggest industrial monuments. In the past, several thousand workers were drudging here under the most severe conditions day after day. In this former steel mill, all the production stages, from processing ore to the final goods, were realized in the tightest of spaces. After 15 years of being decommissioned, the monstrous industrial park was still appearing in working order. But when we were daring to enter the belly of the beast, we realized that the old plant is only a ruin. Pipes and steel beams, thick like tree trunks, are the skeleton of the leviathan but have been gnawed on by rust.